Everything was started from a simple visit to this humble tiny spot at Western Surabaya. Been heard its presence since it opened two months ago, but rarely get a chance to give a try. There was a day when i was looking for the place and turned 3 times at Kupang Indah Street but couldn’t find a hint where it is located. But finally, i make it to the place. Eventhough i found the place is quite tiny and crowded, from the very first step in, i started to love this place.

END_OF_DOCUMENT_TOKEN_TO_BE_REPLACED 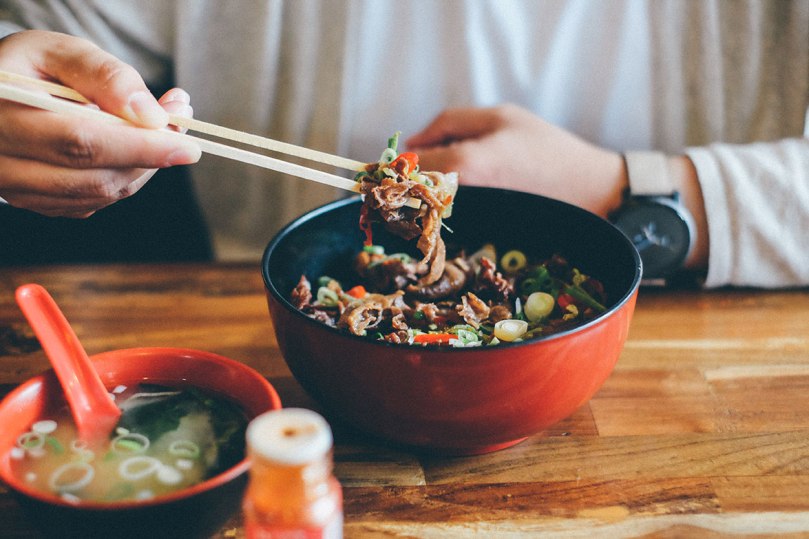 So far so delicious, there are some specific reasons why i love Gyutandon.
A short explaination, Gyutandon is a Japanese authentic cuisine consists of Grilled Oxtongue over steamed rice, usually topped with spring onions & chili cut. Speaking of Gyutandon, most people around me always compared it with Menya’s. FYI, Menya is the so-called-BEST Gyutandon ever, located in Melbourne Central. Though i’ve never been there (even Melbourne), i believe in the myth that it is THAT good according to its reputation.

END_OF_DOCUMENT_TOKEN_TO_BE_REPLACED

Yes I Am Sociable.

Find what you need